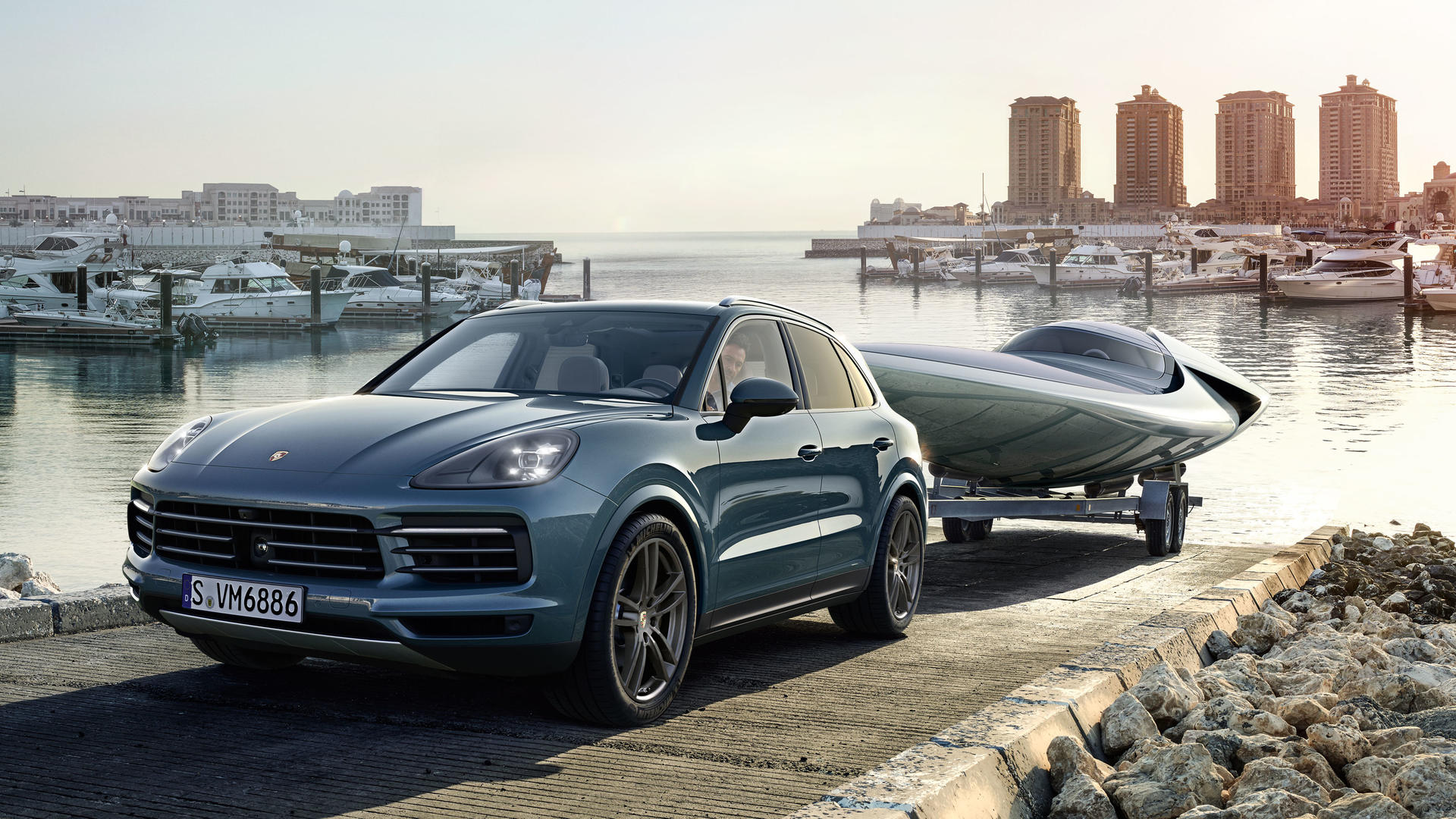 Quicker, more powerful, and lighter than ever before — the Porsche Cayenne enters its third generation for 2019. While customary design traits of the Cayenne remain, strongly emphasized front panels, a downward sloping hood with a powerful dome, and more dominant three-piece air intakes take its sharp appearance to the next level. Its LED main headlights feature an optional LED matrix beam for uncompromised visibility.

From behind, you’ll notice a completely redesigned light strip which extends elegantly across the entire rear. As compared to the previous generation, the new Cayenne has broader shoulders which make it more muscular, athletic, and dynamic looking.

When it comes to performance, the Cayenne receives two new potent engines for 2019. A standard 3.0-liter turbocharged V6 engine comes equipped with a twin-scroll turbocharger. Producing 335 horsepower and 333 lb ft of torque, this engine delivers the perfect balance of response and efficiency.

Step up to the Cayenne S and you’ll receive a potent 2.9-liter twin-turbo V6 engine which cranks out an impressive 434 horsepower and 405 lb ft of torque. This twin-turbo is not only more powerful than the outgoing variant — it’s also more fuel efficient. Porsche Active Aerodynamics (PAA) also contribute to the enhanced efficiency. 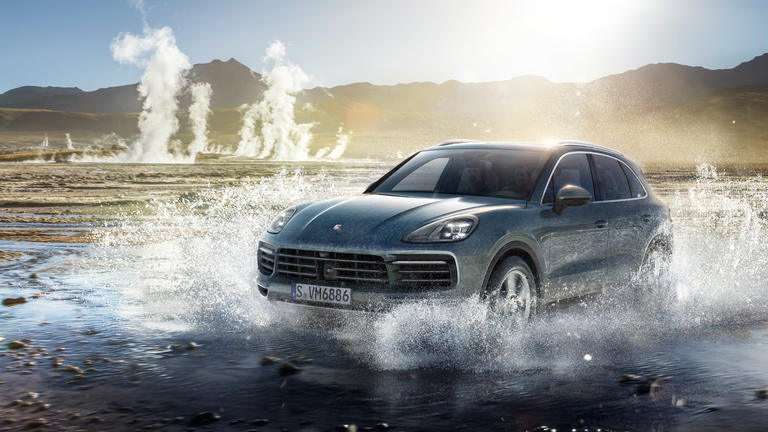 Advanced technologies contribute to the superlative ride and handling of the Porsche Cayenne. Adaptive air suspension helps enhance both comfort and driving dynamics through the use of three-chamber technology to suit the situation. Also offered for the first time on the Cayenne, optional rear-axle steering has the virtual effect of shortening the wheelbase. Porsche Dynamic Chassis Control also works to keep things stable and under control.

Those searching for an audiophile-caliber sound system with be impressed by both options on the Porsche Cayenne. The BOSE® Surround Sound System delivers 14 amplifier channels for a total output of 710 watts. BOSE® SoundTrue® enhancement technology measures ambient noise to automatically adapt music playback.

For the ultimate listening experience, the optional Burmester® High-End 3D Surround Sound System cranks out 1,455 watts of power. It includes 21 individually controlled loudspeakers, an active subwoofer, and two-way center system. Burmester® loudspeaker trims in the doors hint at the tremendous power of this system.

In terms of comfort and refinement, the interior of the all-new Cayenne offers an upscale atmosphere with an emphasis on ergonomics. Adaptive Sports seats feature integrated headrests for the first time on the Cayenne. Thanks to newly designed rear seats, even those riding in the back can gain a sense of the motorsports-inspired character of the Cayenne. Available colored ambient lighting tastefully accents the striking elements of the interior with cascading shades of light. 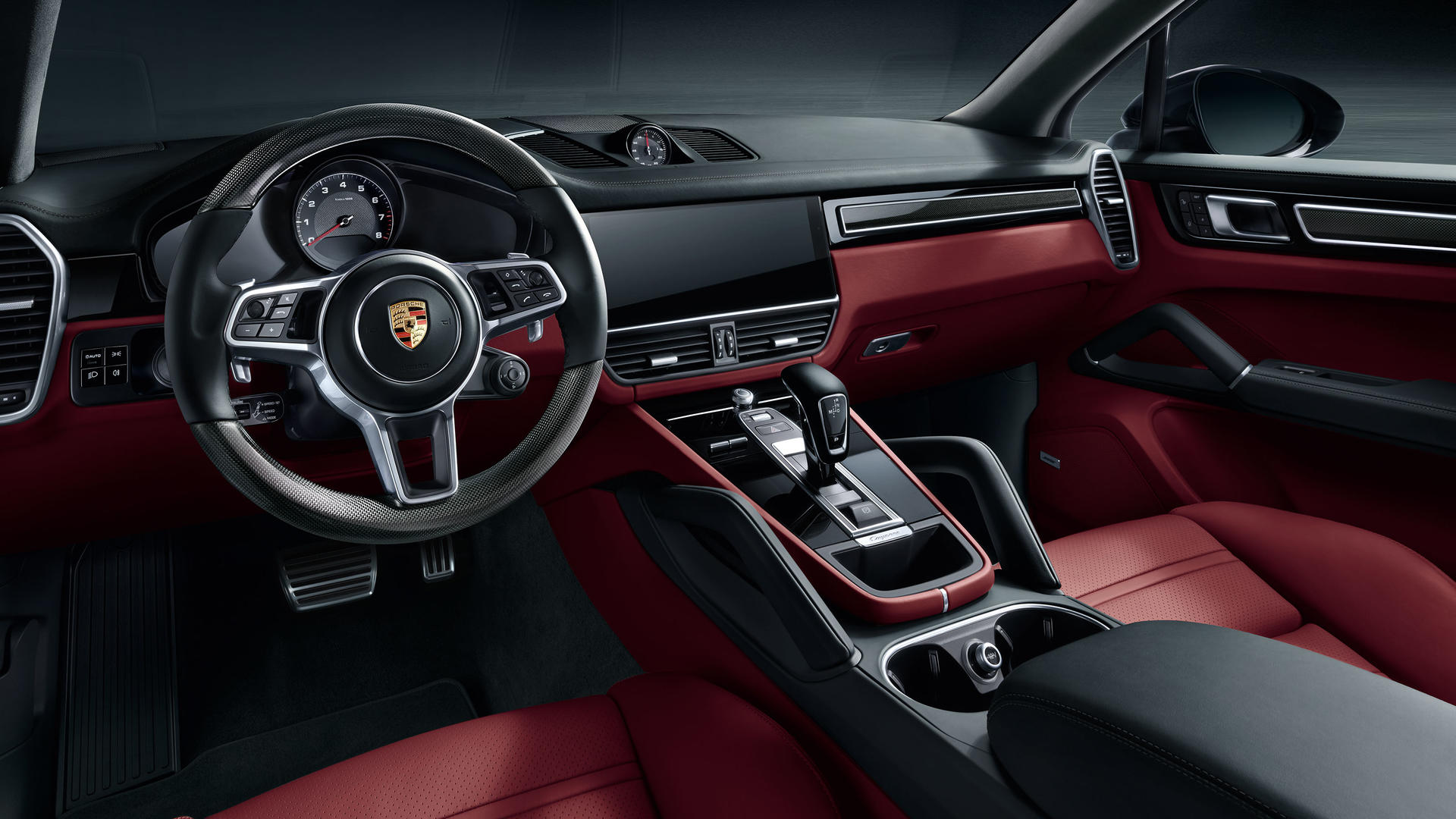 As far as trim levels go, drivers can choose from the base Cayenne, Cayenne S, the electrified Cayenne E-Hybrid, or the range-topping Cayenne Turbo for blistering performance. No matter your type of driving style, there’s a reason why the Porsche Cayenne has earned its reputation as the “the sports car for five”.