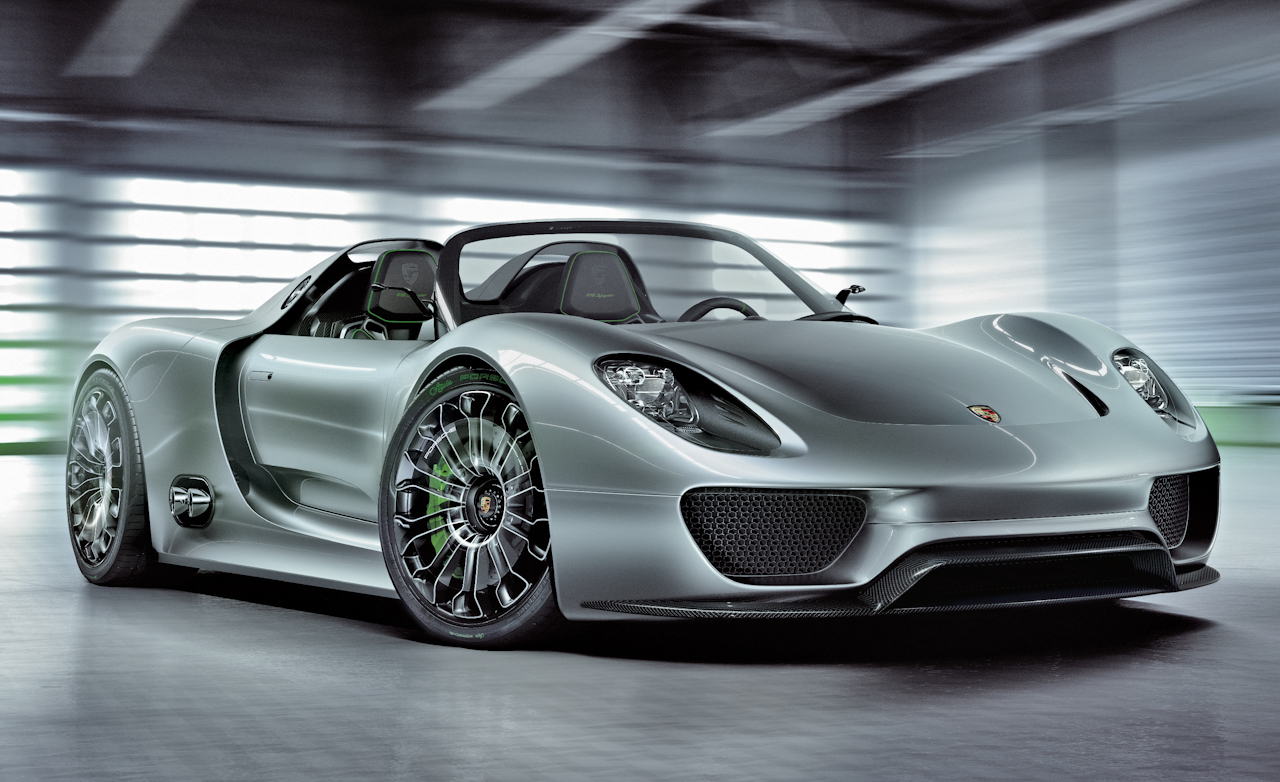 One of the most iconic and groundbreaking sports cars produced in recent years is the Porsche 918 Spyder. Performance comes in the form of a naturally aspirated 4.6-liter V8 engine paired with two electric motors for a combined power output of 887 horsepower.

The 918 Spyder can rocket from 0-60 in just 2.5 seconds on its way to an astounding top speed of 211 MPH. At the time, the Porsche 918 Spyder held the Nürburgring Nordschleife lap record for a road vehicle, lapping the ‘ring in just 6 minutes and 57 seconds. This shattered the previous record by 14 seconds and helped the 918 Spyder become the first production street-legal car to break the 7-minute mark. Performance, efficiency, lightweight construction, and purism are fundamental components of a perfect race car. These aspects combine to give the Porsche 918 Spyder a legendary reputation among enthusiasts.

Appearance options for the 918 Spyder were numerous. While solid colors were available, some of the most eye-catching designs included the timeless Martini Racing or Salzburg Racing livery colors. The Weissach package added carbon fiber aeroblades on the rear end and aeroflaps in the air outlets behind the front wheels.

The initial starting MSRP of the Porsche 918 Spyder was $845,000 in the United States back in June of 2014. Developed in Weissach and assembled in Zuffenhausen, production of the 918 Spyder was limited to just 918 units. Despite its incredible performance numbers, the 918 Spyder was actually eligible for a federal tax credit due to its battery size.

Those who missed out on the opportunity to purchase a Porsche 918 Spyder at its introduction may be disappointed to learn the vehicle’s current market value. Pre-owned examples of the 918 Spyder with less than 3,000 miles on the odometer are currently for sale between 1.8 and 2 million dollars in the United States — more than double the original MSRP. The U.S. received just 202 units, meaning that those across the globe will have an even tougher time locating one of the most incredible Porsche vehicles ever produced.