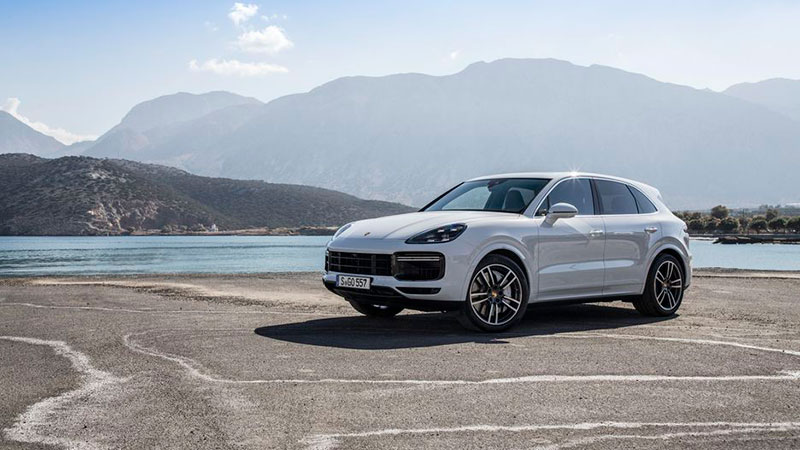 Eyebrows were raised when Porsche announced the introduction of its Cayenne SUV way back in 2002. Enthusiasts initially had concerns that an SUV would dilute the brand’s storied history of crafting some of the most iconic sports cars in the industry. Fortunately, upon its launch critics quickly began to recognize the Cayenne for its uncompromised blend of potent performance and outstanding versatility. Competitors still strive to match the Cayenne’s unique characteristics to this day.

A common question we get at Pittsburgh Porsche is exactly how much does a Porsche Cayenne cost? With a wide range of Cayenne models currently available, shoppers like you will have plenty of options to choose from.

At the bottom of the lineup, the Cayenne base trim level begins at $65,700 MSRP. Far from basic, you’ll still receive a potent 335 horsepower turbocharged V6 engine, 8-speed Tiptronic S automatic transmission, and standard all-wheel drive to conquer the elements. A driver-focused interior comes packed with advanced technology for an engaging drive no matter how far you’re headed.

Looking for more sophistication and efficiency? The Cayenne E-Hybrid is the perfect fit and starts at $79,900 MSRP. Using an advanced ingenious combination of a 3.0 ­liter turbocharged V6 engine and a 100 kW electric motor, the result is instantaneous acceleration and a total system output of 455 horsepower. You can even rely on pure-electric power to take you up to 83 MPH. Smart charging capability allows you to plug in at home and any public level 1 or level 2 charger equipped with a J1772 EV plug.

Next up is the Cayenne S, which starts at $82,900 MSRP and builds upon the strengths of the base Cayenne. You’ll receive a more powerful twin-turbocharged V6 which cranks out 434 horsepower and a 0 to 60 time of just 4.9 seconds. Larger wheels and additional performance-focused styling accents are included with the Cayenne S.

For the ultimate in performance thrills, the range-topping Cayenne Turbo will get your adrenaline pumping. Starting at $124,600 MSRP, the Cayenne Turbo comes standard with a twin-turbocharged V8 engine that delivers an astounding 541 horsepower. Yellow ceramic composite brakes and a quad exhaust system are included as standard on the Cayenne Turbo. Also available is the iconic Sport Chrono Package, featuring an analog and digital stopwatch, the SPORT PLUS button, longitudinal and lateral acceleration display, and a dedicated performance display in Porsche Communication Management (PCM).

The future is certainly bright for the Porsche Cayenne, with an all-new model set to be unveiled in the coming months. Defying expectations since its inception, the Cayenne proves to be an exhilarating option for drivers that demand more from their SUV experience.